Arcure, an industrial pioneer in artificial intelligence (AI) solutions for enhancing the autonomy of machinery, was founded in 2009 by Franck GAYRAUD and Patrick MANSUY, two engineers from the aerospace and defense industry. They transformed a unique technology into a product - the Blaxtair - adapted to the needs of their first partner clients: INRS, Colas and Vinci.

Blaxtair is the first AI-enabled pedestrian detection system for industrial vehicles. This expertise is crucial for the robotics of the future, constantly striving to be more autonomous and synergistic. Currently, Arcure continues to work with its teams, around sixty experienced people, to develop its product range, remaining true to the original values of the company founders: innovation and meeting customers’ needs.

The company, which has an international presence, is headquartered in Paris and manufactures its products in the region of Normandy and the department of Aisne in France. Its sales network extends to more than fifty countries and the company is present in strategic markets through its subsidiary in the United States and its sales offices in Germany and Spain.

The management committee of
ARCURE®
Franck GAYRAUD
\ CEO & Founder
Graduate engineer from the Ecole Nationale d’Aviation Civile (National School of Civil Aviation), Franck GAYRAUD began his career at Arianespace as a project manager. He then became Program Manager at Sagem Défense Sécurité in 2001 before heading the Strategic Planning department until 2007. At that point, he became director of Airborne Optronics programs before co-founding Arcure. He holds an MBA from INSEAD. He co-founded Arcure in 2009 and leads the business development, international growth, communication and finance operations. 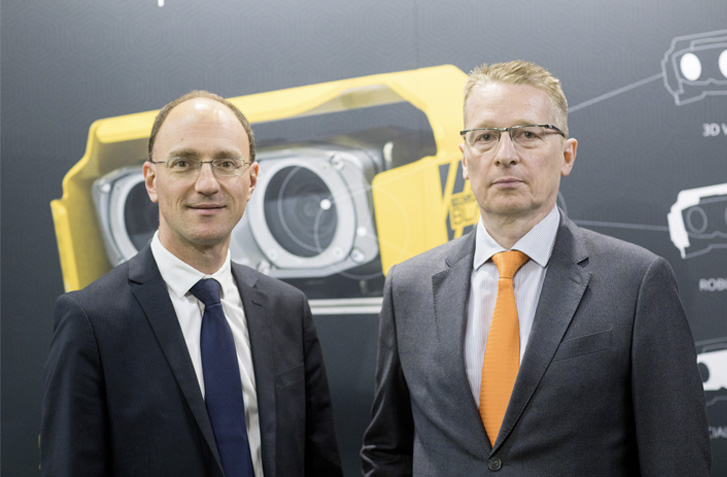 Patrick MANSUY
\ President & Founder
Graduate engineer from the Ecole Nationale Supérieure de l’Aéronautique et de l’Espace (National Higher French Institute of Aeronautics and Space) and holder of an MBA from the University of Mannheim and ESSEC, Patrick MANSUY started his career at MBDA as an aerodynamic engineer and then as a project manager. He joined Sagem Défense Sécurité in 2001, where he managed and led several international programs for electro-optical systems for naval applications. He co-founded Arcure in 2009 and oversees its Operations, R&D and Partner Relations departments.
Sabri BAYOUDH
Cédric CHASSAGNOL
Jean-Gabriel POINTEAU
Frédéric LAURENT
Sabri BAYOUDH
Cédric CHASSAGNOL
Jean-Gabriel POINTEAU
Frédéric LAURENT
The
ARCURE® Timeline
Dec 09
Jan 12
Sep 14
Jan 17
Jun 18
Nov 18
Feb 19
Jun 19
Oct 19
Dec 19
Nov 20
Dec 20
Jul 21
December 2009
\ Foundation of Arcure
In partnership with the CEA (French Alternative Energies and Atomic Energy Commission), the INRS and manufacturers, Franck GAYRAUD and Patrick MANSUY created Arcure, a high-tech company specializing in 3D vision and artificial intelligence applied to image processing in the industrial world. The company was born out of a major need identified by industrial players and machine manufacturers : safety around vehicles.
January 2012
\ Marketing of Blaxtair
After having validated the first Proof Of Concept (POC) models with customers such as Alcan and Eurovia, series production starts and the first generation of Blaxtair is marketed. This embedded 3D camera for pedestrian detection improves industrial safety by preventing collisions between vehicles and pedestrians.
September 2014
\ First OEM Partnership
Arcure signs its industrial and commercial partnership with SICK, one of the world leaders in industrial sensors and automation, for the development and production of Visionary-B, a 3D vision solution for the outdoor automation segment.
January 2017
\ Third Generation of Blaxtair
Arcure markets its third generation of Blaxtair. Changes made to the industrialization process have made the product even more robust and compact.
June 2018
\ 4000th Blaxtair
The celebration of the 4000th Blaxtair took place at the Grossœuvre production site in the department of Eure in France, where around twenty people are involved in manufacturing this marvel of artificial intelligence technology.
November 2018
\ Launch of Omega
Arcure launches its new product Omega at the VISION trade fair in Stuttgart, Germany. This robust 3D vision sensor is designed for manufacturers and integrators of intelligent systems for many applications such as robotic vision, autonomous vehicles, terrain mapping, navigation, object classification and path finding.
February 2019
\ Initial Public Offering
Arcure goes public. The funds raised will be used to finance its ambitious goals, with a portion being used to accelerate international commercial deployment and another portion being used to continue the research and development efforts to expand its range of products and services, allowing Arcure to continue leading the way with its technological solutions.
June 2019
\ Opening of the US Subsidiary
Arcure strengthens its commercial presence in North America and opens a subsidiary in Chicago. This strategic location in the United States represents a strong development potential for the company, as more than one in ten forklifts are involved in an accident every year in this territory.
October 2019
\ ISO 9001 Certification
Arcure obtains ISO 9001 certification. Recognized as the world’s leading standard for quality management, this certification is generally required by major customers (especially OEMs). This allows Arcure to expand its potential markets.
December 2019
\ Tenth Anniversary
The celebration for Arcure’s tenth anniversary in Paris was an opportunity to make a positive assessment of the growing company. At the time, it had more than 60 employees and generated sales of €7.6 million in 2019 with an average growth of 43% over the last three years.
November 2020
\ Blaxtair Connect
Arcure expands its product range with Blaxtair Connect, a connected solution that revolutionizes the safety of pedestrians around machines to achieve the “zero accident” goal sought by companies. The Blaxtair Connect dashboard allows users to quantify and locate accident risks so that action can be taken before they happen ! The first customers saw their accident risk decreased by a factor of three in a few weeks.
December 2020
\ ATEX Certification
Arcure launches an ATEX-certified version of its Blaxtair 3D smart camera designed for installation in Zone 2, within extreme environments where there is a risk of gas explosion. Blaxtair can now be used in potentially explosive atmospheres, such as those in the chemical, gas, oil and pharmaceutical industries or even some mines. Blaxtair therefore becomes the first embedded artificial intelligence solution that can operate in explosive atmospheres.
July 2021
\ 10,000th
Barely ten years after it was first marketed, 10,000 Blaxtair devices have already been installed in around thirty countries around the world. Nearly 70% of sales are international. Blaxtair is the most effective anti-collision solution, with the largest fleet of equipped industrial machines.
Dec 09
Jan 12
Sep 14
Jan 17
Jun 18
Nov 18
Feb 19
Jun 19
Oct 19
Dec 19
Nov 20
Dec 20
Jul 21
BLAXTAIR®
around the world
Blaxtair has a global presence, operating in around fifty countries. The company has about fifteen distributors and sales offices in France, Germany, Spain and the United States.
Hold the command key to zoom in on the map
0K+
BLAXTAIR
around the world
0
Employees
around the world
0+
Countries
represented
0M€
Sales
in 2021